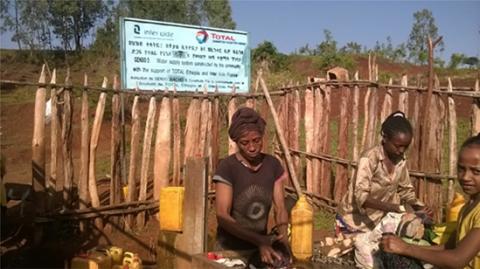 The main part of the project aimed to construct three spring, three new water points, each of them (except the water point in the health center) composed by a fountain, a wash tub and cattle through. With this support, 167 households or more than 1000 people living in two villages of one farmers kebele are getting safe drinking water service.

In 2016 it's also known that Total Ethiopia sponsored Inter Aide France with Birr 376,100 to support durable access to safe drinking water and sanitation for the vulnerable populations of Mida Zalo kebele, Loma Wereda – Dawro zone. Total Ethiopia and Inter Aide agreed to construct water points in Mida Zalo kebele and completed the construction of six water points. With this support 437 households or more than 4000 people are getting water service.

Inter Aide is NGO, non- profit organization, specialized in the design & implementation of development programs to support the most vulnerable populations to access development. Specifically Inter aide is involved in rural water supply project in SNNPR.