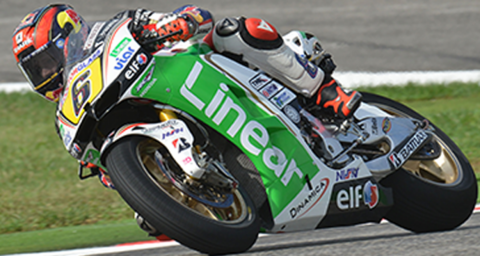 As the pinnacle of motorsports, Formula 1 (F1) must be actively involved in the search for clean technology and continuous improvement. TotalEnergies is proud to be a part of F1's effort to uphold its position as a recognized incubator for innovation.
TotalEnergies involvement in F1 racing affirms our commitment to making our products even more efficient. Our fuel and lubricant R and D teams aim to lap the competition!More about TotalEnergies  and F1

TotalEnergies is proud to supply high-performance lubricants to Citroën, powering its cars to regular victories at the World Rally Championships (WRC). In 2011, the Citroën TotalEnergies team won its seventh World Manufacturers' title, while Sébastien Loeb and Daniel Elena clinched their eight consecutive drivers' world title. We provide the engine oil, transmission oil, and liquid for the hydraulic system, as well as a skilled support crew.
Our engineers are meeting the challenge to develop a lubricant that can produce an oil film just a few microns thick, while still reducing friction for perfect engine performance. Our team frequently analyzes oil samples to ensure that Citroën's WRC DS3 cars are getting the best from our lubricants, whether in the searing heat of Cyprus or the plunging temperatures of Sweden. With only one engine allowed at every other rally, TotalEnergies delivery of world-class products - whatever the conditions - is key to the Citroën-TotalEnergies Team's success.More about TotalEnergies and WRC

TotalEnergies has become a premium partner for the Dakar rally, a legendary event at the very peak of the rally-raid sporting pyramid, and one that has become truly international.
Above and beyond fuel supply, TotalEnergies contributes its support to an incredible human and sporting adventure enriched by discovery, encounters and unforgettable situations.More about TotalEnergies  and the Dakar 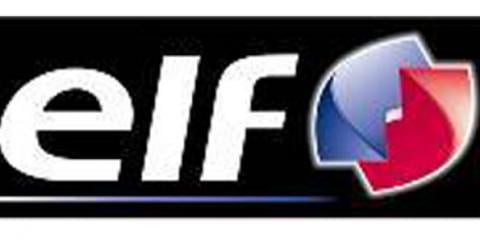 ELF has demonstrated engagement and passion for racing and motorsports since 1967. For decades, the TotalEnergies brand has maintained a close relationship with the world's leading engine and transmission manufacturers. We put our R and D efforts in top gear to deliver customized racing fuels and lubricants designed for the industry's priority: performance!

Thanks to our partnerships with World Superbike, MotoGP, World Series by Renault, and World Endurance racing teams, ELF has earned a worldwide reputation in the most prestigious racing competitions. The many victories won by drivers racing under our colors have made ELF racing products leaders in the motorsport world.

With more than 100,000 spectators on average per meeting, young drivers compete for the title in four international categories (Formula Renault 3.5 Series, Eurocup Mégane Trophy, Eurocup Formula Renault 2.0, and Eurocup Clio), all aiming for a top-ranking career in motorsports.
ELF has partnered with Renault Sport Technologies for many years and has developed a very close relationship on all technical, sports and commercial levels, among other things as official lubricant supplier for all vehicles.The international development of the race schedule is unique for its diversity, quality and venues on legendary circuits, together forming a spectacular showcase for the expertise and long-standing involvement in motorsports of Renault and the ELF brand. This is a unique opportunity to see the races and what happens behind the scenes at the racetrack.

In the world of motorcycling, the ELF brand is synonymous with top performance. This is why for many years, international manufacturers such as HONDA and KAWASAKI and teams such as LCR HONDA rely on ELF products and sponsorship for the most important motorcycle races and competitions, particularly MotoGP and the World Superbike class of the Road Racing World Championship Grand Prix.
MotoGP brings together the best motorcycle riders in the world. They ride 1,000cc machines with four-stroke engines. The MotoGP championship is the culmination of 18 Grand Prix held from March to November.
The Superbike world championship was born in the USA, and it allows four-stroke bikes that branch off commercial series. Eddie Lawson, Wayne Rainey and Kevin Schwantz all started with this class in the 1980s before becoming 500cc world champions. Pushed by manufacturers, Superbike created its first world championship in 1988. Over the past 20 years, Superbike has crowned many stars of the circuit, including Carl Fogarty, Scott Russell, John Kocinski, Colin Edwards, Troy Bayliss and Ben Spies.
In 2012, an even stronger partnership was created with the support of the official Kawasaki KRT teams in WSBK and Delta Fin in WSS, the satellite Pedercini team in WSBK and SST1000, not to mention the SRC team for Endurance and FSBK.

Since 2009, ELF has demonstrated a commitment to MotoGP, the blue-ribbon category of motorcycle competitions on racetracks, with the LCR Honda team led by Lucio Cecchinello. The special motorcycle used for the race is specially developed by Honda engineers with technological contributions from ELF's special fuels and product additives teams.

As part of the MotoGP line-up, TotalEnergies Motorsports sponsors the Marc VDS racing team in the Moto2 championship, the forerunner to the MotoGP category.This new category has been raced for two years, attracting a large number of riders and always promises spectacular races.

Elf lubricants will soon be available in Ethiopia.